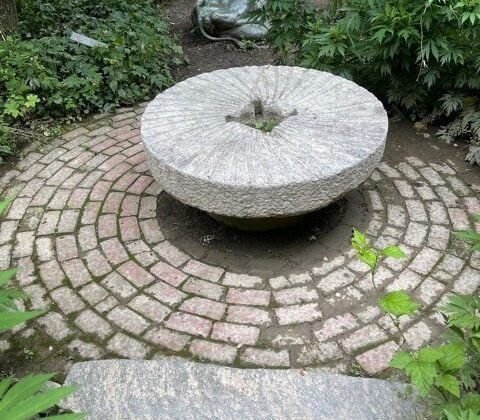 ‘You just want to try a bunch of stuff because you don’t know what’s going to be great.” (Ira Glass)

I live near a wonderful town that is only three miles away, and there is beautiful, rolling country surrounding us. It is an area that has plenty of art, education, music – you name it – it’s here.

It was difficult during Covid to explore much of anything since everything was closed.

This week I started to consider a series of experiments to get to know this place and some of the people here. It is an area rich and diverse, filled with opportunities of all kinds.

Where do you start when you are new and don’t know the territory or have a guide?

I decided to conduct some experiments for myself that would make me try some things that might be a bit uncomfortable and yet, in the end, create some interesting new adventures.

I started with finding some walking trails out here.

Last Sunday, I googled trails by the Brandywine River. It could be more easily called a flood plane, sometimes a creek. It is shallow in many places, to the point that when tubing many summers ago, we had to lift our buts high many times just to continue downstream in a drought time.

Last Sunday, I drove down to the Brandywine River Museum to check out a walking trail by the river.

It started as one of the many grist mills that dot the Philadelphia area. It is constructed of warm red brick with shutters closing off the old windows in a diagonal pattern – an interesting design juxtaposition to the regular brickwork.

The museum houses many works from the Wyeth family who lived nearby. Here are N.C.’s paintings from Treasure Island with his illustrations that lit my imagination in my childhood.

The museum owns many of Andrew Wyeth’s paintings, and if you haven’t seen it, try watching the American Masters documentary on Wyeth on Netflix; it will give you an entirely new perspective on his art.

Jamie Wyeth’s famous pig is here as well as many other famous artists from this school of painters. It’s worth a trip.

I found the long trail that wanders along the river and travels under Route 1 up along Route 100 and through the wetlands and swamp. It looks like a promising walk but is isolated and probably better with a walking buddy.

The other end of the trail wanders behind the museum and is dotted with millstones from the original grist mill that houses the museum.

It got me thinking about experiments and the risk it takes to make them.

The millstones were used to grind grain and corn. Two stones turned while the grain poured through as they turned. It made me think of the new ideas that we have that are, in a sense, experiments.

The new ones are only ready for the grinding – not prime time.

It takes turning them over many times to be fully realized or only once if it reveals itself to be one not worth pursuing.

But, as I walked along, different millstones appeared in different patterns, and it made me think of those ideas that are worth further investigation.

How many times do you try something, and when you aren’t completely successful with it, you give it up as a bad idea or, worse, a complete failure- never to be tried again.

We hold ourselves to impossible standards so much of the time.

Standards are good except when they prevent us from trying new things – then they act as the stop signs.

Encouragement is one of those things.

As we grow our awareness of ourselves, is it possible, instead of hammering ourselves because we didn’t execute perfectly the first time, to take a deep breath and tell ourselves that it will be better the second time?

We can ask ourselves what we learned. We can applaud our bravery at the try. We can remind ourselves that many people wouldn’t have given it a shot. We can engage our imaginations to investigate how it might have been done better.

If we try on experiments treating ourselves as we would a most beloved friend, we will see things a little differently. We may come to appreciate things about ourselves that we could never see before.

Experiments can change our story and open worlds for us.